Last History Monday we ended with the UDI (Unilateral Declaration of Independence) and the start of the Rhodesian Bush War /Second Chimurenga/ Zimbabwe Liberation Struggle.

On 2 March 1970, the then Prime Minister Ian Smith announced that Rhodesia would become a republic. He had made the last step in breaking all links with Britain. The republic, however, was not recognized by the international community just as the UDI had gone unrecognized five years earlier. This move was an attempt to block Britain’s attempts to guide its 80 year old colony from white minority rule to black majority rule.

During this decade, Smith’s government fought against Robert Mugabe’s Zimbabwe African National Union (ZANU) and Joshua Nkomo’s Zimbabwe African People’s Union (ZAPU). Resistance against the government had grown and continued to grow with more and more black Africans becoming educated and faced with the prospect of unemployment at the end of their education. For the lucky few, despite reaching a financial level that was on par with their white African counterpart; there were still many social constraints leveled against them. To top it off, majority of white African farmers were reluctant to part with any land and this led to many angry, frustrated, educated and unemployed young black Africans picking up arms and turning to the liberation movement (Laverty, 2007). ZANU and ZAPU came together in unity and concentrated their resources towards the Smith government rather than each other. The war was tagged as a ‘fight to achieve nationalist goals through the barrel of a gun’ with the major strategy being; targeting the transport system of Rhodesia especially with South Africa. South Africa had become the lifeline for the government since most trade links with their neighbors were closed off.

The Zimbabwe National Liberation Army (ZANLA) concentrated on winning the rural masses to their cause and winning the rural areas first before surrounding the urban areas. This was a clear influence from Mao Tse-Tung and their guerilla warfare in China. Joshua Nkomo attempted to engage the Smith government during the 1970s with Nkomo accusing the government of being racist and this leading the talks to breakdown.

The black nationalists operated out of the Zambia and Mozambique whilst making periodic raids into Rhodesia. By 1974, Ian Smith realized that Rhodesia was surrounded on three sides by hostile black majority rule nations and declared a state of emergency. Despite Mozambique closing its borders to Rhodesia, government forces would cross the border to attack nationalist training camps.

On 9 August 1976, the Rhodesian Selous Scouts massacred hundreds of trainees in the Nyadzonya Raid (also known as Operation Eland). The raid killed 300 ZANLA soldiers, 30 Armed forces of Mozambique and hundreds more civilians; official documentation declared the death toll at 1028. As a result South Africa withdrew its support and ZANLA claimed the camp was a refugee camp rather than the billed trainee base. However, documents suggest that those killed were either soldiers or trainees.

The two nationalist party alliance formally broke down in 1976, with Joshua Nkomo claiming ZAPU was the only party recognized by the Organization of African Unity. The liberation front was split and the war fought on two fronts by both military arms. With the intensification of war, tourism was at an all time low and coupled with economic sanctions leveled against the country; the economy began to falter. Neither side had an upper hand by the end of the 1970’s. The guerillas were suffering massive causalities in across border attacks; ZIPRA had a well stocked amoury and ZANU was experiencing infighting for leadership control.

With the Thatcher led Conservative party coming into power in 1979, they offered all three sides a way to end the war with negotiations taking place in Lancaster House in 1979. The talks gave power temporarily back to the British government in preparation for elections the following year.

Ian Smith Government realized no other British Party would give them a better deal.

Black Nationalists were losing fighters everyday which led to low morale and internal discord in their front and backlines. 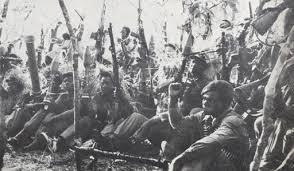