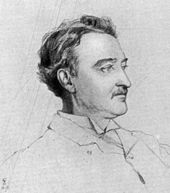 Rhodes began advocating the annexation by Britain of Matabeleland and Mashonaland in 1887 by applying pressure to a number of senior colonial officials, most prominently the High Commissioner for Southern Africa, Sir Hercules Robinson, and Sidney Shippard, Britain’s administrator in the Bechuanaland Crown colony (comprising that country’s southern part). Shippard, an old friend of Rhodes, was soon won over to the idea, and in May 1887 the administrator wrote to Robinson strongly endorsing annexation of the territories, particularly Mashonaland, which he described as “beyond comparison the most valuable country south of the Zambezi”. It was the Boers, however, who were first to achieve diplomatic successes with Lobengula. Pieter Grobler secured a treaty of “renewal of friendship” between Matabeleland and the South African Republic in July 1887. The same month, Robinson organised the appointment of John Smith Moffat, a locally born missionary, as assistant commissioner in Bechuanaland. Moffat, well-known to Lobengula, was given this position in the hope that he might make the king less cordial with the Boers and more pro-British.

In September 1887, Robinson wrote to Lobengula, through Moffat, urging the king not to grant concessions of any kind to Transvaal, German or Portuguese agents without first consulting the missionary. Moffat reached Bulawayo on 29 November to find Grobler still there. Because the exact text of the Grobler treaty had not been released publicly, it was unclear to outside observers precisely what had been agreed with Lobengula in July; in the uncertainty, newspapers in South Africa were reporting that the treaty had made Matabeleland a protectorate of the South African Republic. Moffat made enquiries in Bulawayo. Grobler denied the newspaper reports of a Transvaal protectorate over Lobengula’s country, while the king said that an agreement did exist, but that it was a renewal of the Pretorius peace treaty and nothing more.

In Pretoria, in early December, another British agent met Paul Kruger, the President of the South African Republic, who reportedly said that his government now regarded Matabeleland as under Transvaal “protection and sovereignty”, and that one of the clauses of the Grobler treaty had been that Lobengula could not “grant any concessions or make any contact with anybody whatsoever” without Pretoria’s approval. Meeting at Grahamstown on Christmas Day, Rhodes, Shippard and Robinson agreed to instruct Moffat to investigate the matter with Lobengula and to secure a copy of the Grobler treaty for further clarification, as well as to arrange a formal Anglo-Matabele treaty, which would have provisions included to prevent Lobengula from making any more agreements with foreign powers other than Britain.

Lobengula was alarmed by how some were perceiving his dealings with Grobler, and so was reluctant to sign any more agreements with foreigners. Despite his familiarity with Moffat, the king did not consider him above suspicion, and he was dubious about placing himself firmly in the British camp; as Moffat said of the Matabele leadership in general, “they may like us better, but they fear the Boers more”. Moffat’s negotiations with the king and izinDuna were therefore very long and uneasy. The missionary presented the proposed British treaty as an offer to renew that enacted by d’Urban and Mzilikazi in 1836. He told the Matabele that the Boers were misleading them, that Pretoria’s interpretation of the Grobler treaty differed greatly from their own, and that the British proposal served Matabele interests better in any case. On 11 February 1888, Lobengula agreed and placed his mark and seal at the foot of the agreement. The document proclaimed that the Matabele and British were now at peace, that Lobengula would not enter any kind of diplomatic correspondence with any country apart from Britain, and that the king would not “sell, alienate or cede” any part of Matabeleland or Mashonaland to anybody. 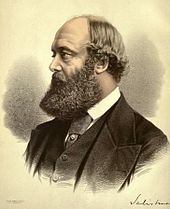 The document was unilateral in form, describing only what Lobengula would do to prevent any of these conditions being broken. Shippard was dubious about this and the fact that none of the izinDuna had signed the proclamation, and asked Robinson if it would be advisable to negotiate another treaty. Robinson replied in the negative, reasoning that reopening talks with Lobengula so soon would only make him suspicious. Britain’s ministers at Whitehall perceived the unilateral character of the treaty as advantageous for Britain, as it did not commit Her Majesty’s Government to any particular course of action. Lord Salisbury, the British Prime Minister, ruled that Moffat’s treaty trumped Grobler’s, despite being signed at a later date, because the London Convention of 1884 precluded the South African Republic from making treaties with any state apart from the Orange Free State; treaties with “native tribes” north of the Limpopo were permitted, but the Prime Minister claimed that Matabeleland was too cohesively organised to be regarded as a mere tribe, and should instead be considered a nation. He concluded from this reasoning that the Grobler treaty was ultra vires and legally meaningless. Whitehall soon gave Robinson permission to ratify the Moffat agreement, which was announced to the public in Cape Town on 25 April 1888.

For Rhodes, the agreement Moffat had made with Lobengula was crucial as it bought time that allowed him to devote the necessary attention to the final amalgamation of the South African diamond interests. A possible way out of the situation for Lobengula was to lead another Matabele migration across the Zambezi, but Rhodes hoped to keep the king where he was for the moment as a buffer against Boer expansion. In March 1888, Rhodes bought out the company of his last competitor, the circus showman turned diamond millionaire Barney Barnato, to form De Beers Consolidated Mines, a sprawling national monopoly that controlled 90% of world diamond production. Barnato wanted to limit De Beers to mining diamonds, but Rhodes insisted that he was going to use the company to “win the north”: to this end, he ensured that the De Beers trust deed enabled activities far removed from mining, including banking and railway-building, the ability to annex and govern land, and the raising of armed forces. All this gave the immensely wealthy company powers not unlike those of the East India Company, which had governed India on Britain’s behalf from 1757 to 1857. Through De Beers and Gold Fields of South Africa, the gold-mining firm he had recently started with Charles Rudd, Rhodes had both the capacity and the financial means to make his dream of an African empire a reality, but to make such ambitions practicable, he would first have to acquire a royal charter empowering him to take personal control of the relevant territories on Britain’s behalf. To secure this royal charter, he would need to present Whitehall with a concession, signed by a native ruler, granting to Rhodes the exclusive mining rights in the lands he hoped to annex.